Automation, Orchestration, and the Database 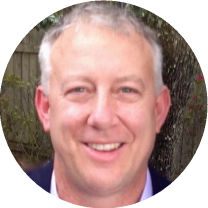 Automation is a process by which a single, repeatable task, such as launching an app or changing a database entry, is made capable of running without human intervention, both on PCs and in the cloud. In comparison, orchestration is the automation of numerous tasks that run at the same time in a way that minimizes production issues and time to market.

For instance, let’s say that a developer needs to enter a line of code throughout a piece of software, but manual insertion is not optimal due to the risk of human error. Instead, the developer automates the task of inserting code, which avoids this risk. When the developer repeats the automation process for numerous similar tasks, it’s called orchestration.

Why go to the bother of orchestration? It’s a practical move because single automated processes will not make a perceptible difference to products. But when automation is applied to numerous processes and workflows, i.e. orchestration, there are widespread advantages:

DevOps for the Orchestration and Automation Process

One of the many advantages of DevOps is that it includes methods to ensure repeatable and automated processes. By combining agile development, collaboration, and automation, releases become more stable and rapid. However, many enterprises are not adopting orchestration and automation processes throughout their operations (see below).

A Note about Automation, Orchestration, and Machine Learning

One complication of using DevOps for the orchestration and automation process is the extensive creation of data. To properly implement orchestration, data is necessary, but too much data can obscure the efficiency level of the orchestration and automation process. For example, server logs for viewing and analyzing data can use hundreds of megabytes of memory each week, and it’s very difficult for a person to extract something meaningful from that amount of information.

Automation and Orchestration for the Database

Currently, 84% of enterprises and 72% of SMBs are adopting DevOps. However, the application of automation and orchestration processes to the database is lagging because many organizations are still making database changes manually.

Living without DevOps can also be frustrating. For organizations that don’t apply automation and orchestration processes to the database, it’s a common occurrence to stop releases so that the DBA can make changes to the database for successful deployments. Plus, when DBAs are busy with issues that are deemed more critical than small database changes, the deployment schedule must be reorganized – but skipping even minor database changes can result in production failure down the road.

The bottom line is increased cost and delayed time to market.

Why Is Orchestration and Automation for the Database a Challenge?

Databases are structured from schema, code objects, and data, not a collection of files. In addition, databases cannot be copied between environments, and any changes must be done incrementally, not by replacement of files. Moreover, practical rollbacks are almost impossible to achieve.

Putting it All Together – Database Orchestration and Automation Solutions

DevOps technologies exist that can be applied to databases so that they are included in orchestration and automation processes. These technologies automate database changes through applying dynamic processes before and during development and release, by preventing configuration drift, and by enforcing policies.

Additionally, various tools allow visualization of the database pipeline during packaging, verification, and deployment. Release automation and orchestration enable seamless integration with all sources of database changes, including code repositories and developer code insertions. Repeatability is ensured because scripts tested in the integration environment are the actual scripts used in advanced environments. Orchestration and automation solutions also recognize and prevent configuration drift before it occurs. For example, emergency hotfixes are sometimes unavoidable, but this can lead to configuration drift. Release automation technology can recognize configuration drift and issue an alert that allows identification of the exact inconsistency between environments.

Database orchestration and automation solutions similarly allow the formation and enforcement of policies that coordinate all teams and their database activities. Policies can be set to restrict database access, determine acceptable timing for deployments to production, follow code naming conventions, and more. Database orchestration and automation solutions will also verify that all packages meet policy standards and prevent rogue code from entering. Out-of-process changes in the release pipeline can be prevented by determining whether or not a direct database update is allowed.

Incorporating the database in your automation and orchestration workflow is a must if you intend to have truly efficient development and production. Get started on applying DevOps to the database today by contacting DBmaestro.