DBmaestro were proud to once again sponsor and take part in the DevOps Enterprise Summit at the Intercontinental O2 in London during the last week of June. Whether it was the customers who came to say how much they enjoyed using DBmaestro, the recommendations and referrals we received, or the people who received a practical demo and were happy to take word of DBmaestro back with them, we feel that the Summit this year was a huge success.

Aside from the participants showing their great interest in the DBmaestro DevOps Platform, we also joined together with IBM, with whom DBmaestro has signed a global partnership agreement, to spread the word of using our DevOps platform as a complementary offering to UrbanCode Velocity. Meeting with mutual customers and members of the IBM team showed real excitement and interest in the unique DBmaestro/UrbanCode Velocity combination.

If you missed us at the Summit, you can get in touch with us here, or catch us at DevOps Enterprise Summit Las Vegas later in the year! 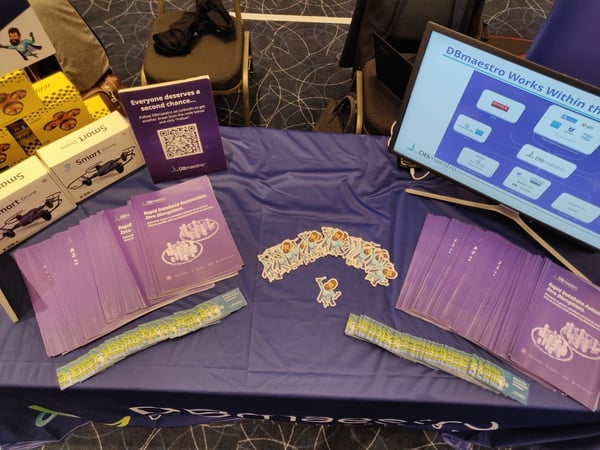