Open DevOps 2017 has just successfully concluded. This year the event took place in Milan and in Rome respectively on the 16th and on the 18th of May.

Speakers and representatives from different companies and different were present and accounted for at the event, debating the meaning and intricasies of DevOps. Of particular interest was the discussion concerning how best to adopt DevOps and integrate its methodologies across environments.

The theme that emerged from the speakers was that – far from a fringe IT fetish – DevOps has already made considerable inroads on its course to transforming the industry. The issue now isn't a question of DevOps awareness or buy-in, it's a question of  DevOps tools, strategies, and perspective.

As the Co-Founder &  CTO of DBmaestro I had the distinct pleasure of being one of the international speakers featured at the event. I used the platform to explain the profound need for and general ignorance of DevOps practices and tools in database management. 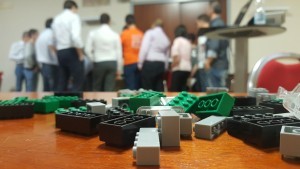 All told, Open DevOps 2017 was a good time, both personally and professionally. I am grateful for the exposure I gained to different perpsectives, different tools, different strategies, and of course different people.

It's really quite appropriate when you think about how much of DevOps is devoted to the core tenet of bringing different teams and different approaches together towards a common goal. In many ways, the event served as a step-by-step, challenge by challenge, environment by environment DevOps tutorial.

Personally, I already find myself looking forward to next year's event!