Using Git for Database: Why It Works and How to Persist Where It Doesn't

As you modify and redistribute your database, it is important to keep track of changes using a version control system (or VCS). One of the most popular  open source VCSs is Git, which allows the programmers to easily track changes over time, preventing costly mistakes.

Git is prepared to handle any sized projects and does so arguably quicker and more efficiently than any of its competitors. For this reason, Git is the go-to VCS for most projects.

Here are four more reasons that Git sets itself apart:

Git looks at the data differently than its competitors, by storing data as snapshots instead of as files. What this means is that as changes are made, the system takes a picture of what all of the files look like at that time, and then determines which parts have actually changed.

Whatever has changed will be stored again, and the ones that haven’t will be referenced to in a link that’ll take you back to the previous file. This method of storing changes makes Git consider each aspect of version control that other systems simply copy from previous generations, acting as a mini filesystem.

Git only requires local files in order to operate, instead of needing to access to the server.  This allows the programmer to fully operate while offline, which is a significant advantage.

It is impossible for any change to occur without Git knowing about it and storing it. This is because everything that goes on in Git is check-summed before it is stored and then referred to by that checksum. This is a key aspect to Git’s underlying philosophy, ensuring that no information gets lost in transition or becomes corrupted without Git being able to detect it. 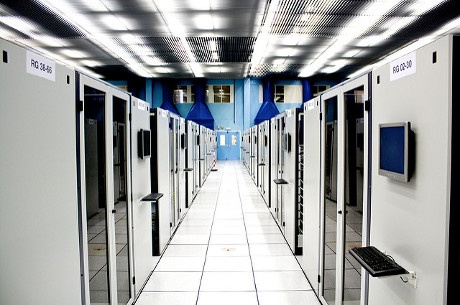 Instead of deleting information that is no longer relevant, Git for database stores everything, only adding newer data. It is actually difficult to do anything that is undoable (many mistakes simply require you to hit ‘command+z’) or to delete information. This allows you to sleep well at night, knowing that nothing is undoable and no huge mistakes can occur. Once anything is published it will always be stored by Git.

The Role of Git for Database

While developers across the board acknowledge the importance of database version control, so often the database gets forgotten about. Not putting in place a VCS for your database may lead to deploying a new version of an application using an old version of a database, which can have many negative consequences.

If you're looking for that authentic Git experience, DBmaestro has you covered with a Git integration — allowing Git to do what it does best and filling in any database specific gaps in coverage.

For example, Git is designed to work well with textual files such as C#, Java, asp, etcetera, but database objects are not textual files and still need to be controlled for version synchronicity. With the DBmaestro DevOps Platform, you can generate database update scripts (SQL scripts for the DDL, DCL and DML) using a object revision based impact analysis. The resulting scripts can be managed using the Git repository, while you track and manage your database objects through the DBmaestro DevOps Platform.

Saving the SQL upgrade scripts in a Git repository will streamline your continuous integration and continuous delivery processes and at the same time ensure that these processes are aligned with your application code (C#, Java, etc.) processes.

What are the database source control best practices? Read more.